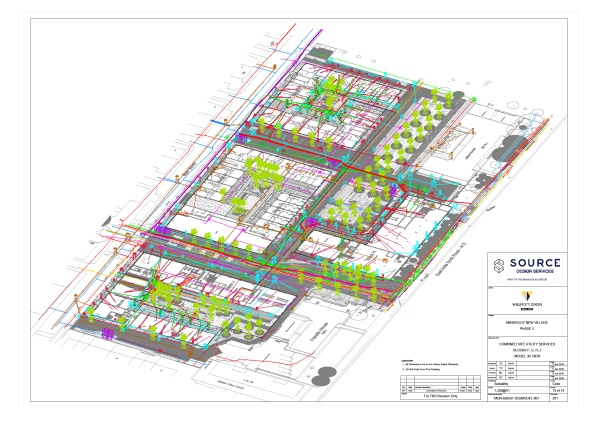 We were given the remit to produce 3D models of all existing utilities within the site boundary of Aberfeldy Estate. On completion of this model, we were then to design a new 3D model encompassing every utility that would be needed for use in the proposed new development.
With the proposed 3D design overlaid on to the existing 3D model layout, we could then analyse and rectify any clash possibilities using the analytical properties of our software on the joint model. We can also create an underground model solution that is dynamically efficient for any on-going or future design change.
Initial works done: