Source Design Services have secured and are delivering an exciting design and build enabling works project with a contract value of £2m for one of the highest profile schemes adjacent to Thames, in London – the development of Samson and Ludgate House by Native Land.

The problem the client gave us to solve was the presence of some major existing electrical infrastructure owned by UKPN, crossing the proposed development site that precluded the development of the basement for the new scheme. Several engineering solutions were brain stormed during feasibility stage to develop the most cost effective and risk averse solution.

The electrical assets needed to be diverted out of the footprint of the proposed mixed use development and routed across the approach to Blackfriars Bridge.

We optioneered a series of solutions with the project team who included Gardiner and Theobold and McGees ( Principal Contractor) and developed a series of proposals which we tabled with UKPN and other stakeholders including TFL and other developers affected by the scheme.

Our record of accomplishments in this type of utility diversion scheme and relationships with TFL and UKPN allowed us to develop a collaborative solution that worked in from an engineering perspective and minimised disruption to local residents.

The solution chosen involved a major pipe jack across the approach to Southwark Bridge, the type of engineering challenge that Source Design Services deliver for clients.

A pipe jack, 1.8m internal diameter and 68m in length was successfully installed by tunnelling specialist ground force. The installed pre-cast concrete segments hosted circa 26 ducts for the utility provider. The duct run extended 170m outside the pipejack with a total duct length of 6200m of ducting laid on the scheme. The installation of cables to the designed route was achieved by designing chambers at appropriate locations. Bespoke RC chambers were designed by the in-house permanent works designers in conjunction with the utility owner’s requirements.

In order to eliminate any residual risks identified at design stage, specialist ground treatment works were undertaken to ensure stability of the unsupported tunnel earth-face and to control groundwater ingress into the tunnel (especially considering the close proximity of the River Thames). Ground stabilisation techniques, using resin injection systems were adopted and the ground was treated 2.0m ahead of the tunnelling works.

In order to deliver the pipe-jack we had to construct some major temporary works with launch and reception pits.

The drive pit was adjacent to existing structures and was of complicated shape in plan. The excavation was adequately supported using interlocking sheet piles and welded structural steel members. 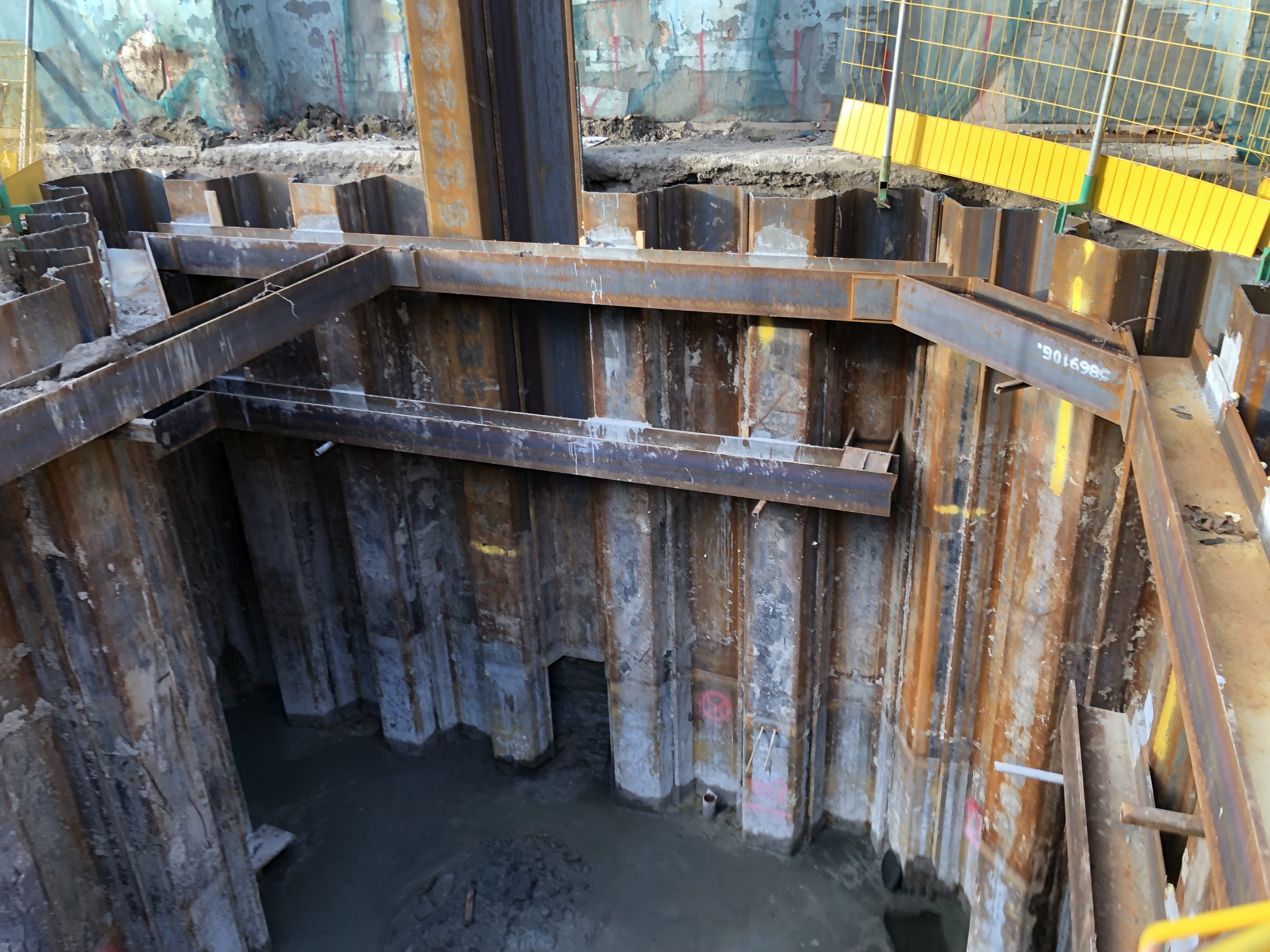 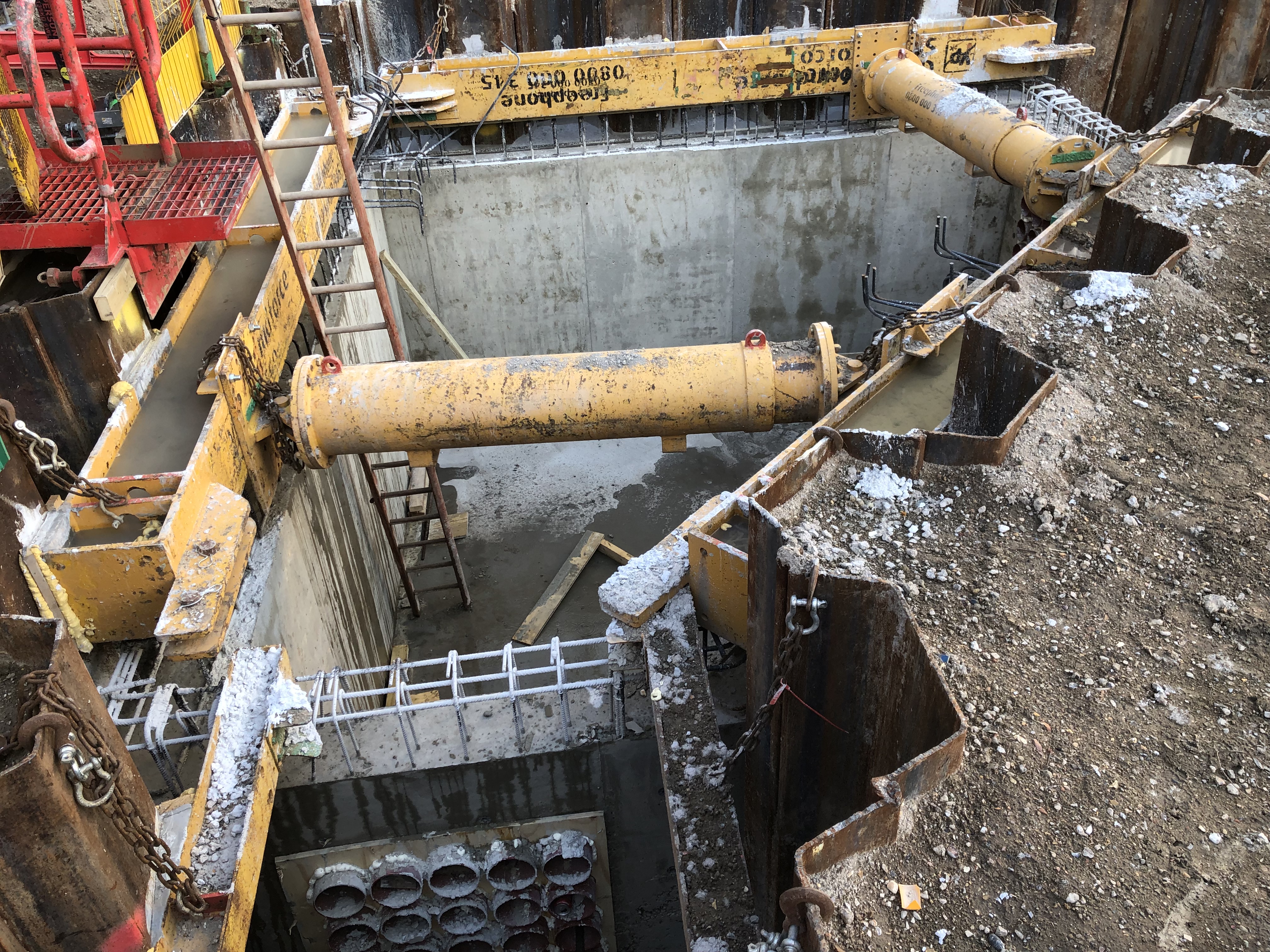 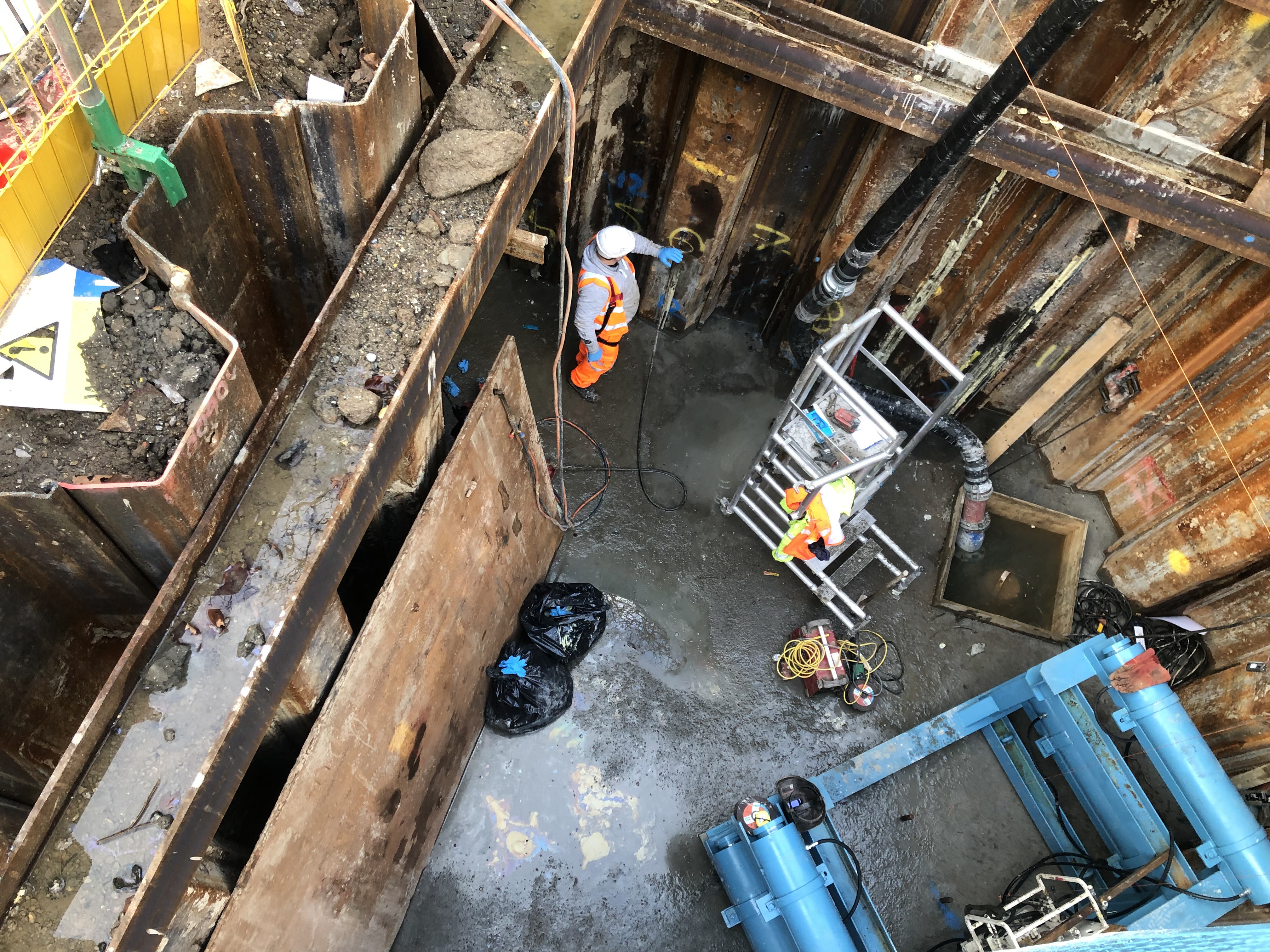 To facilitate the installation on the pre-cast concrete segments effectively under an existing masonry wall, a solution using structural steel members were designed and installed, supporting the ground for the first 5.60m of the pipe-jack tunnel. The steel heading designed by me provided a robust support for the existing masonry wall, whilst providing a solid earth support on four faces. 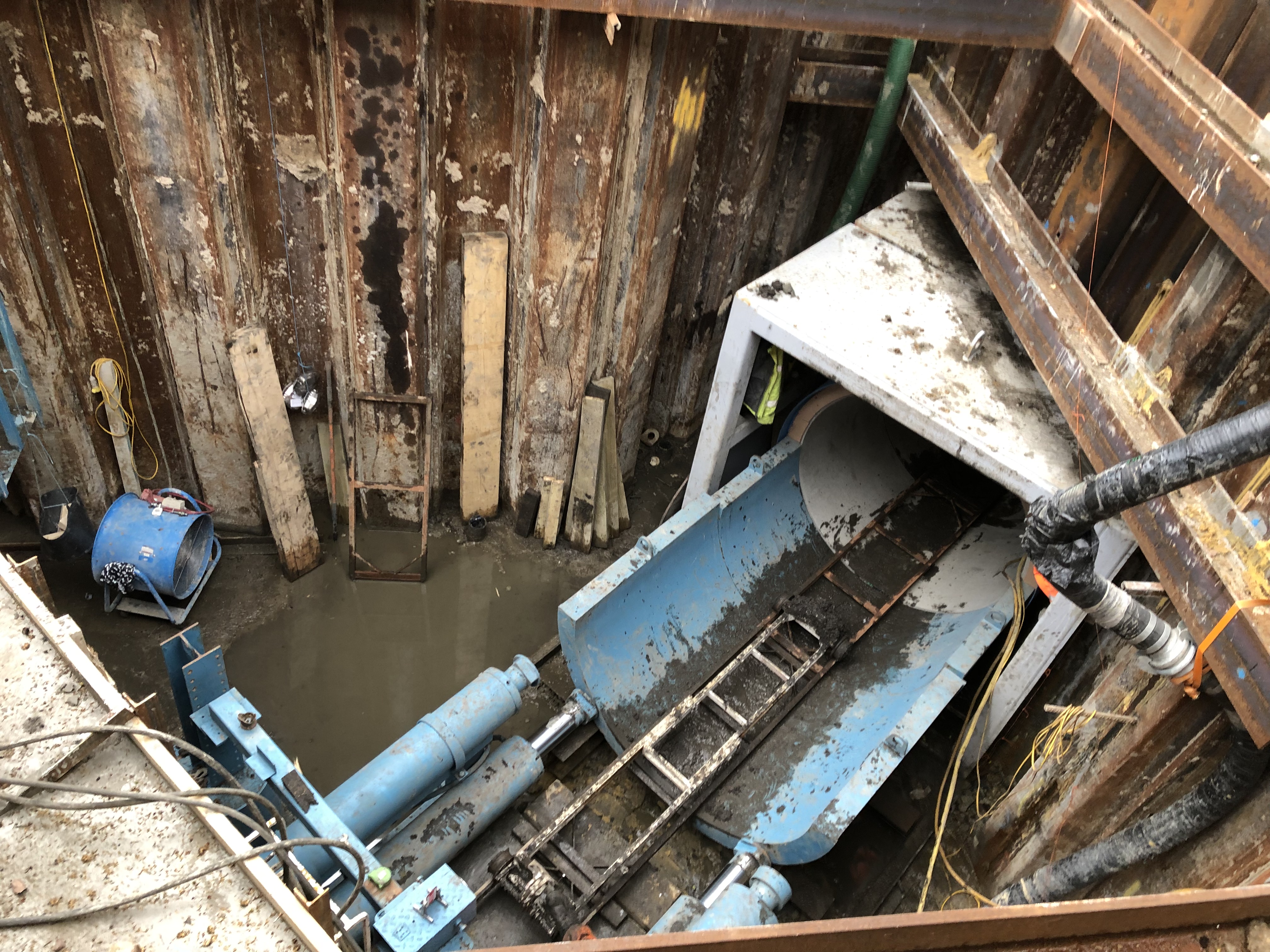 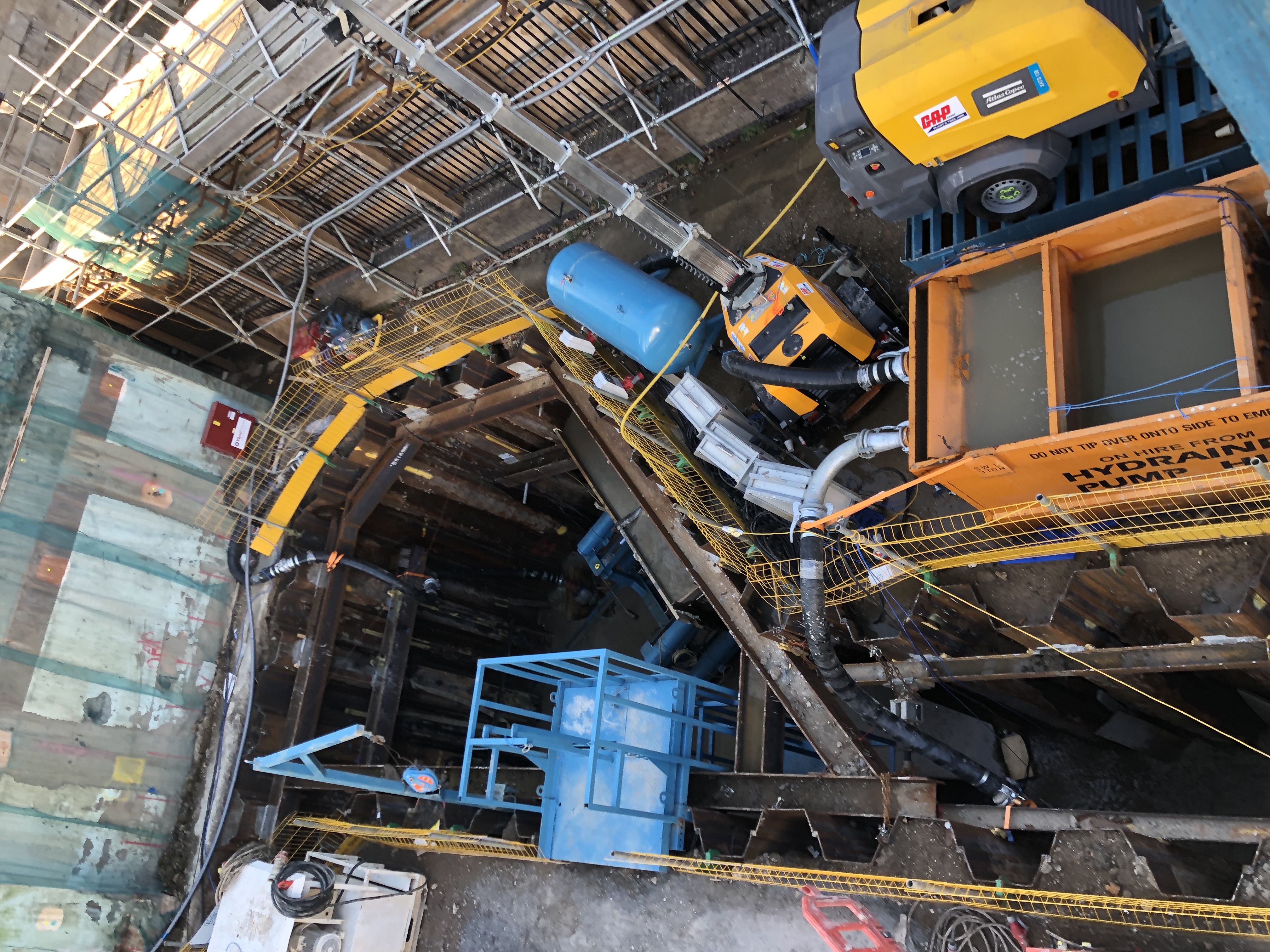 Located right outside 1 Blackfriars, the receive pit was 5.50m x 4.0m in plan and 6.50m in depth. The excavation was supported using hydraulic frames and trench sheets. 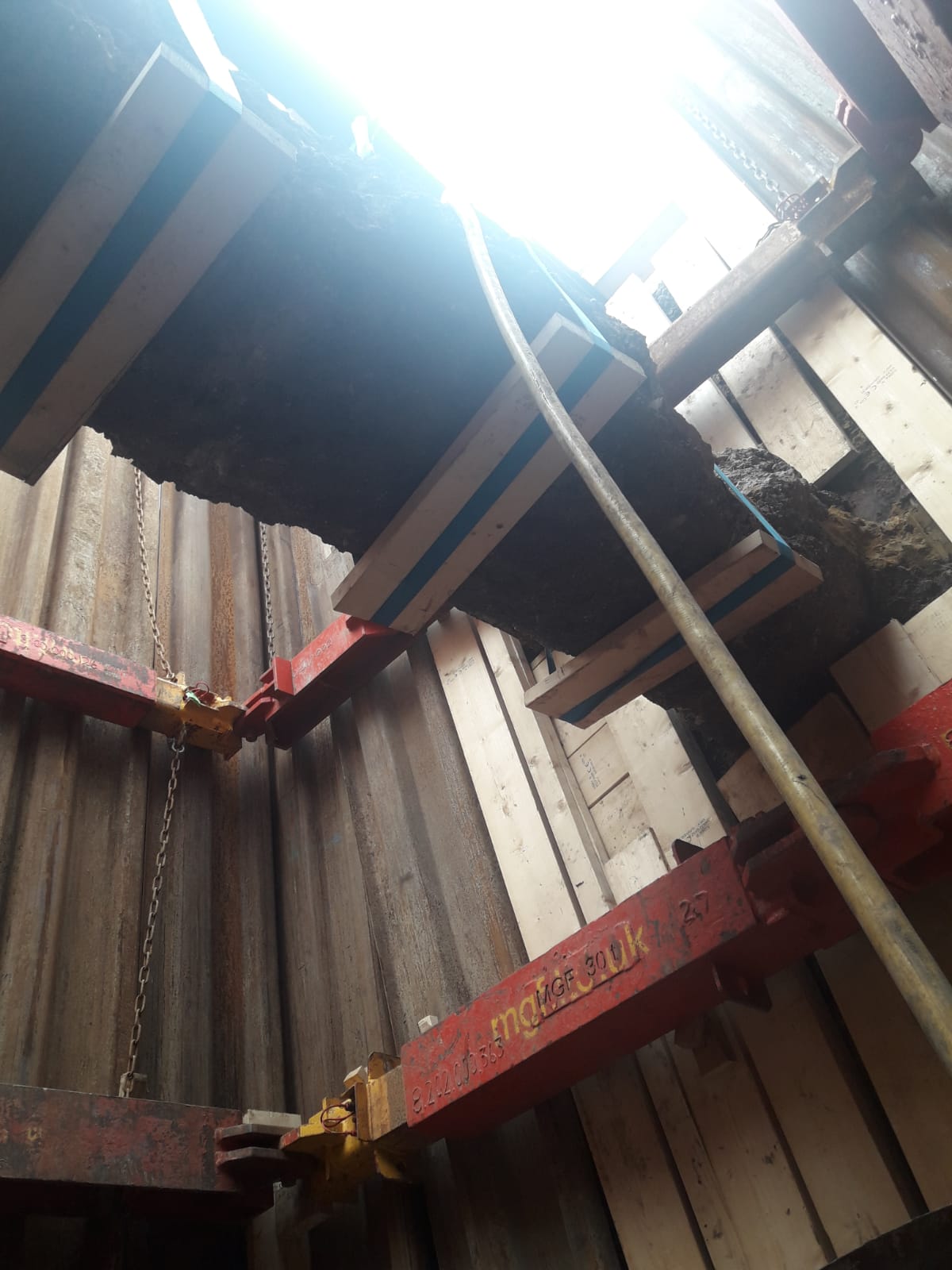 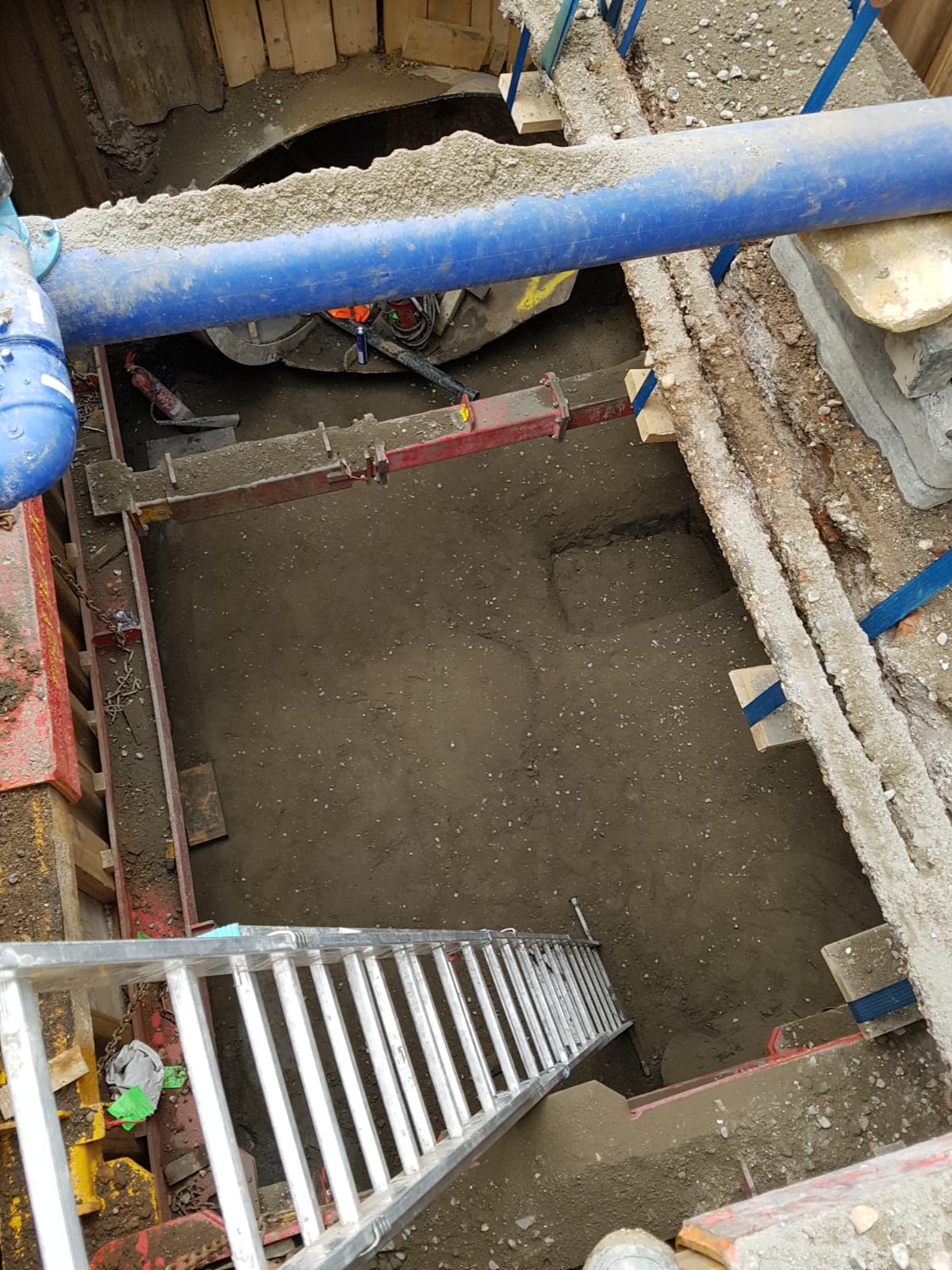 We liaised with the following stakeholders to secure the relevant permissions prior to commencement of works on site.

A key part of the project was the 3 phase Traffic Management plan that we derived, agreed and delivered to ensure that the traffic, cycle and pedestrian routes were clearly demarcated and signed on one of London’s busiest streets. A new first for us was the requirement to facilitate deliveries to Doggetts Public House. We overcame the access issues by sourcing an electric delivery truck which we used to make the deliveries hence ticking all the boxes for environmentally sound beer delivery!